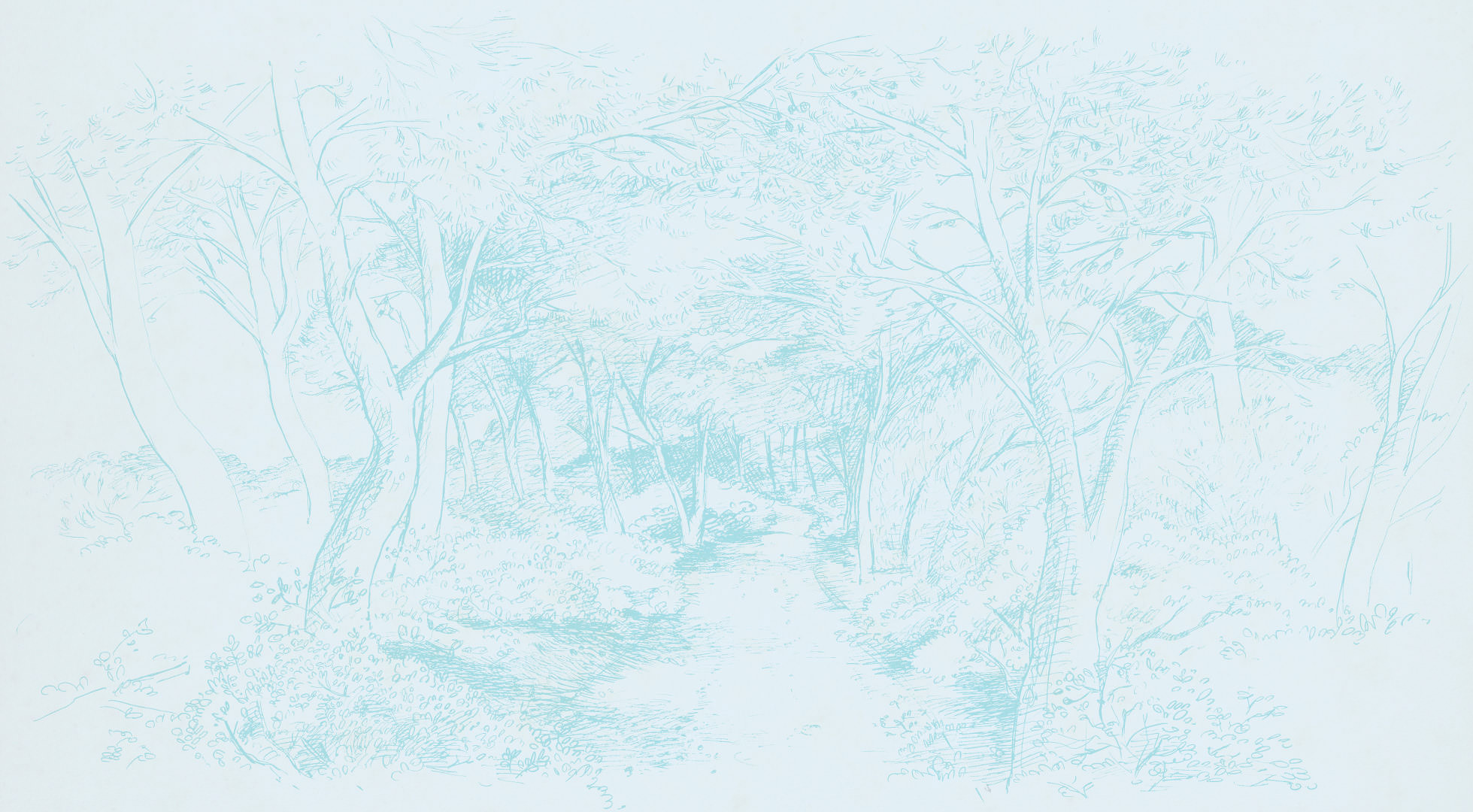 The family owns s’Estalella since the eighteenth century, ensuring from the very beginning the environment in which the property is located. This implication was clearly established when the family decided to ratify the covenant that the previous owners had with the local fishermen. Sa Punta de S’Estalella fishing village remained inhabited until the early twentieth century; it was the construction of the neighbouring village of S’Estanyol de Migjorn that caused its abandonment. After a few years, the family decided to maintain and preserve the buildings of the village and asked for the concessions for the construction in sea areas: the dry docks.

The commitment to environmental protection and preservation of the premises has always been a priority for the owning family. The implication became clear when the family decided to ratify the covenant that the previous owners had with the local fishermen but it is from the 1980s to this day that the hardest times have come. During the struggle to prevent the construction of a coal power plant, the owner family requested the protection of the site. Since then, S’Estalella enjoys the best environmental protection a private property can have.
Since the appearance of the earliest renewable energies, the family opted for this technology.

Aware of the rapid pace of our daily lives, the existing models of exploitation of mass tourism and other economic sectors, the lack of ecological awareness and lack of time to develop this consciousness and aware as well of how our actions influence climate change, S’Estalella advocated to be a little oasis on the Majorcan coast; homely, sustainable, rooted in the culture of the land, where one can feel in communion with nature.

Here you showers with sun-heated water, the energy consumed is 100% produced on the property from the sun and you can make their own bio shopping list of organic and zero kilometre food. 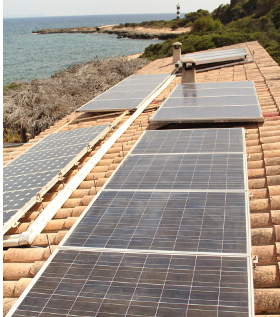 The fishermen cottages operates autonomously through solar energy. More than thirty solar panels placed on the roofs of the huts facing the sun provide the energy needed . Since 2014, taking advantage of the new technologies, the owners opted for a change in the hot water generation system.

The system consists of four solar panels where water circulates and is heated by the sun. As a result, gas usage decreased, and CO2 emissions into the atmosphere were very significantly reduced. 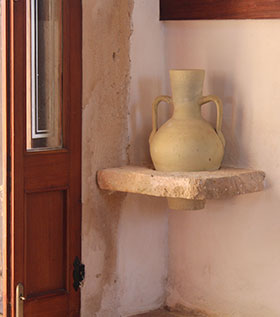 In the south of Majorca, with precipitation patterns according to its semi-arid climate (400 mm/year), the use of rainwater turns to be vital. In the renewed huts, we have maintained and enhanced the same rain collection system used by fishermen in the sixteenth century.

All roofs collect water, which is channelled through gutters to the original dungeons of each hut for guest use. These tanks have a high capacity, but due to the increased demand of water caused by changing habits and uses of such water, there are also trucks that supply water regulated and certified as potable. However, it is important to make reasonable use of water. 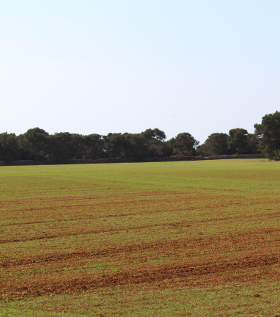 The rural property is farmed in an ecological and sustainable way. Grown and processed products are offered to enjoy a healthy, chemical-free and zero kilometre diet.